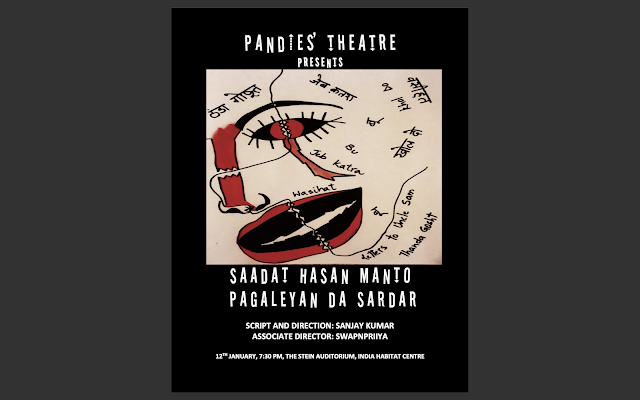 A script in Punglish (Punjabi and English).

Pandies’ theatre captures and reproduces the stark anti-communal voice of Saadat Hasan Manto and highlights his work as a statement against bigotry and religious hatred. The attempt is not at a biopic but to explore Manto’s politics through a powerful depiction of his nuanced creativity in an interactive form.

Using Manto’s Letters to Uncle Sam as comment and meaning enhancers of some of his iconic stories and lesser known plays.

We use: Jeb Katra; Above, Below and In Between; Bu; Thanda Ghost; Ram Khilavan; Wasihat; Khol Do; Teethwal Ka Kutta and Toba Tek Singh.