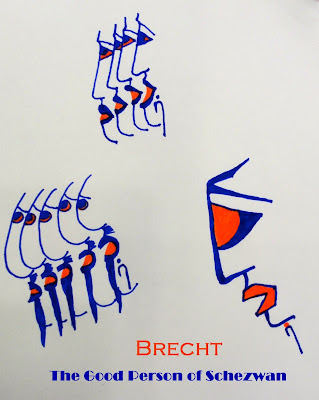 Direction: Sanjay Kumar
In the midst of surrounding decadence how do you decide what is good?
The pandies’ theatre presentation of Brecht’s iconic script 'The Good Person of Schezwan (1940-43)' sees it as already moving towards participatory theatre where the audience and the actors work together to frame an ethics for the disintegrating world in which we live. As we search, along with the three gods, for the good person, the quest becomes of creating a good world, of improving our world.
That the quest of the concept of goodness or alternately robbing goodness of its essence is central to an understanding of 'The Good Person of Szechwan' is established in Brecht performance and criticism.
But what sets it apart from his more famous plays like 'Mother Courage', 'Life of  Galileo' and 'The Caucasian Chalk Circle' is that whereas these plays provide convenient entry points into understanding Brechtian themes, 'The Good Person . . .' is a rare attempt at creating a methodology of change.
How do we change the world for better?
It is probably the best illustration of how ethics get translated into drama, of what the dramatist expects from his audience and provides a deeper insight into the actor/ specta(c)tor relationship. And the lack of resolution, even in the form of a radical platitude, places the onus of ‘resolving’ on the audience.
Brecht’s own changes to the text as we move from the early 1940-41 version (written largely in Stockholm), through the Zurich version (1943) to arrive at changes that he made for a possible musical performance directed by Kurt Weill in America (the Santa Monica, 1943 version) show his deepening engagement with ethical possibilities, and limitations, within a flawed system. The last version remained incomplete in the McCarthy era.
The pandies’ venture moves through the evolutionary process of Brecht’s scripting, giving due importance to the usually avoided Santa Monica script. Here Brecht identifies the tobacco as Heroin. 'The Good Person...' is not only a sex worker but also a drug peddling lord, can she still be good? 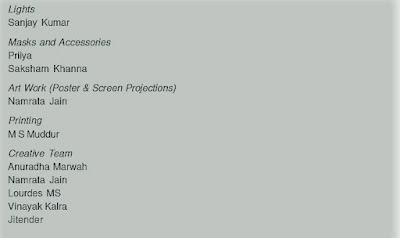 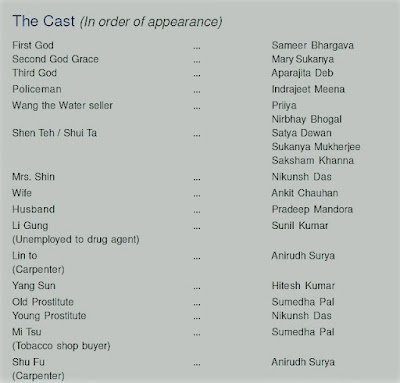