TILL THE DAY I DIE - CLIFFORD ODETS 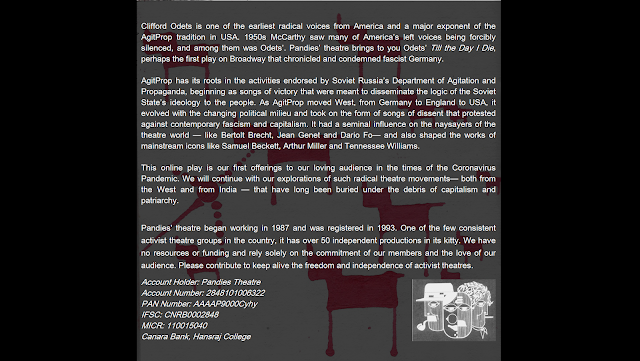 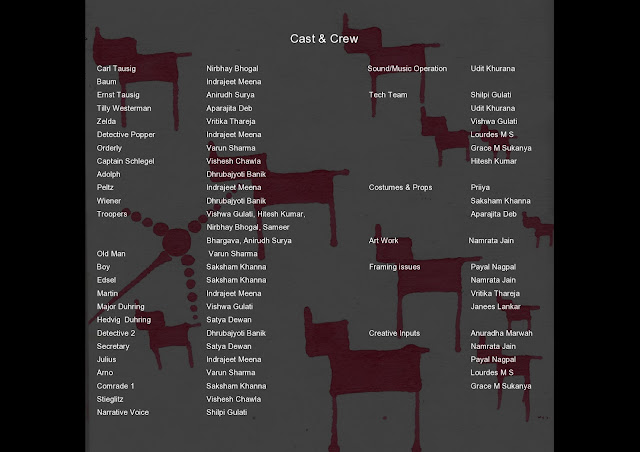 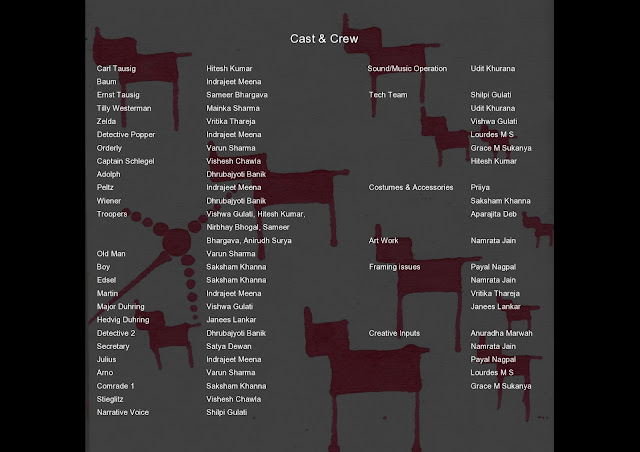 While lockdowns last, social distancing has to be preserved and going to theatre like in the ‘old times’ seems a remote possibility pandies wants to explore radical theatre traditions with its loving audience. Not just plays but movements and traditions that lie buried under the debris of capitalism and patriarchy.
We will in the coming months try to unearth lesser known plays, Left, feminist, western and Indian, specially those that have inaugurated radical conventions in the preceding century and their influence would have been greater had the powers that be in the world and in the theatre world not succeeded in almost obliterating them. This is the first.

And why Odets? Why Till the Day I Die? It is an agit prop play. Coming from 1930s America, the growing belly of the capitalist tiger. And it condemns Nazi violence.
Did Odets sellout to McArthy’s government? How does he compare with Arthur Miller and Tennessee Williams? Deliberately pushed away by the American powers that be as one who is difficult to accommodate in contemporary American systems, destabilises in a way others don't?
Till the Day I die, first presented by the radical Group Theatre, premiered at the Longacre Theatre in March 1935, it went on to Broadway as possibly the first play there chronicling and condemning fascist violence.

What is Agit prop theatre? Just something we study and write about as ‘background’ as theatre/literature students? No, along with Suffrage theatre, agit prop constitutes the very beginnings of the radical (radical as opposed to the nexus of capitalism and patriarchy) in the western theatre. Pushed aside, it is that final step that leads to naysayers of the theatre world like Brecht, Genet and Dario Fo and a seminal influence on mainstream icons like Samuel Beckett, Arthur Miller and Tennessee Williams.

Agit prop - An amalgam of the words agitation and propaganda, it begins from Russia (Department of Agitation and Propaganda) in the 1920's. Within Russia, an endorsement form, it was a song of victory meant to disseminate the logic of the soviet state’s ideology to the people.
Agit prop - Post - depression (1930s), the form moves across specially to Germany, England and America to acquire pungency and the status of a genre in itself. It evolves as a song of dissent and protest against contemporary fascism and capitalism.
Performing in the open, outside factories during lockouts and strikes, wearing similar coloured shirts, using symbolic props (a crown to denote king), its staple becomes what we know of Brecht’s techniques (geste and alienation) and of the vibrant extremely popular form in our subcontinent - Street theatre.